Fan-Back Windsor armchair, ex Charles Davis. The chair has a curved crest rail with nine spindles intersected by a center rail that terminates in flattened curved handholds. The arms are supported by vase-turned balusters and short spindles. The wide saddle seat is supported by splayed legs with bold vase and ring turnings and tapered turned feet. The legs have side and medial stretcher supports with bulbous turnings. The underside has traces of green paint and a Davis inventory label, (F-161). The chair is in very good condition with an old refinish. Late 18th century, Mid-Atlantic or New England.

Provenance: The estate of Charles K. Davis, Jr., Nashville, TN, by descent from his father, Charles K. Davis of Fairfield, CT. Charles Krum Davis, Sr. (1889-1968), was chairman of the Remington Arms Company and a passionate early collector of Americana. With the help of a few important dealers, primarily Israel Sack, Davis assembled what has been called one of the most important private collections of early Americana. His home was profiled in the Magazine Antiques, January and March, 1941. Much of his collection ultimately went to Winterthur and other museums. 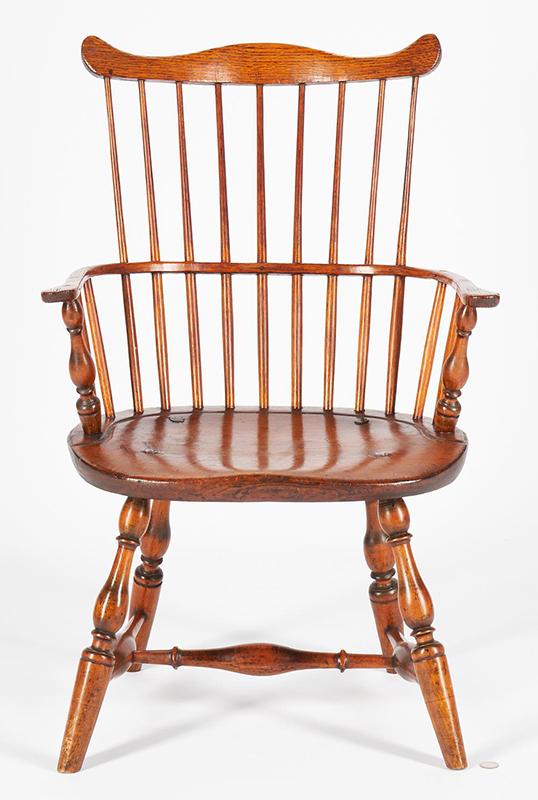