An important Queen Anne chest on frame, walnut, with an excellent provenance. The chest sports eight graduated drawers with early dovetails, a beautifully scalloped apron, dramatically carved trifid feet and an old finish with very attractive patina. The brasses are old but not original. Circa 1750, Philadelphia.

Provenance: The Rawle/Corning family estate. The Rawle family emigrated to Philadelphia in 1686 and subsequently produced some of the leading legal minds in early Pennsylvania history. William Rawle, (1759-1836), was the first Rawle to rise to prominence in the legal profession, serving as Pennsylvania's first U.S. attorney and founding a prestigious law office, now known as Rawle and Henderson and recognized as the country's oldest practice. Rawle was followed in his legal career by a number of subsequent generations of Rawle men, most of whom were also named William. In addition to their legal activities, the Rawles served as founding and/or contributing members of a number of Philadelphia institutions, including the Historical Society of Pennsylvania, the American Philosophical Society, the University of Pennsylvania, the Library Company of Philadelphia, and the Pennsylvania Academy of Fine Arts. 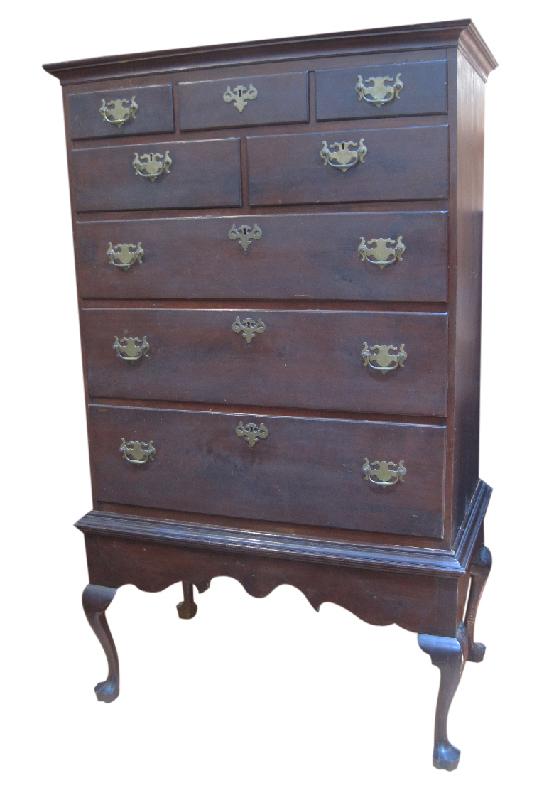