Painting of a Mill Scene - Hart

Folk art painting of a mill scene, o/c laid down on masonite, Alfred Hart, (1816-1906).  The scene features a horse and rider herding three cows that have come down to the water for a drink. They stand next to a mill house with a water wheel. A lake with a lone sailboat is shown in the distance, with storm clouds approaching. The painting is signed in the lower left corner, “A. Hart/1848”. It is in very good condition, having been professionally conserved with minor inpainting.

Alfred A. Hart was born in Norwich, CT and moved to Hartford in 1848, the year in which he painted this scene. He remained in Hartford until the early 1860's, when he relocated to Cleveland and then to California in 1879. He then moved regularly between California and New York, working on a variety of jobs until his death in 1906. 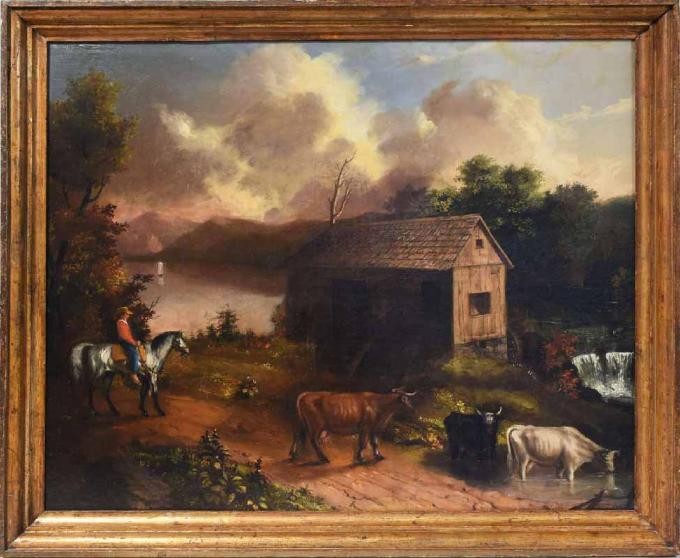