Kosciusko Monument at West Point, o/c, unsigned, but attributed to Hippolyte-Louis Garnier, (1802-1855). Kościuszko's Monument is a pedestal and statue of Polish General Tadeusz Kościuszko at the United States Military Academy at West Point. Kościuszko designed the defenses of the West Point garrison from 1778–1780 during the height of the Revolutionary War, when George Washington considered West Point to be the most important military post in America. The painting is in its original gilt frame and is in very good condition, having been professionally conserved, with craquelure. Examination under black light reveals only minor in-painting in the sky. Early 19th century.

This painting was purchased in 1972 as a Victor De Grailly from the Old Print Shop in NYC by William Banks. However, extensive research by Banks on De Grailly in preparation for an article in The Magazine Antiques led him to conclude that the painting was likely done by Garnier, a less well-known contemporary of De Grailly. 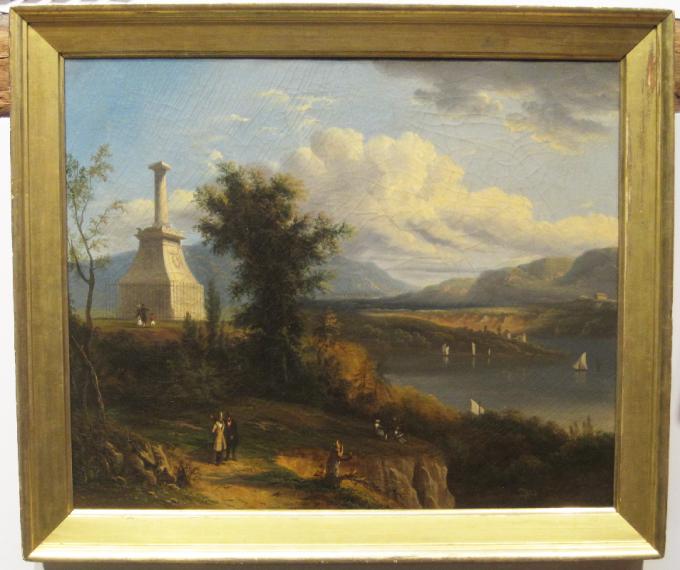