Nautical Painting of the Restitution

Nautical painting of the Restitution, o/c, unsigned. Written in pencil on the top stretcher is, “Restitution 1803 Newbury, MA". There is also a label from “Frost and Adams” pasted on the stretcher. The painting is in a gilded wood frame and is in very good condition. Late 19th century, Massachusetts.

The Restitution was built in Newbury in 1803. It was owned by Simon Forrester and captained by John Derby, 3rd. It sailed all over the world for many years from its home port of Salem, MA. Forrester sold it in 1832. A watercolor showing the ship at Palermo August 22, 1833 is on display at the Peabody Academy of Science. Frost & Adams was an art supply company in Boston, established in 1869. So the painting had to have been done after that. 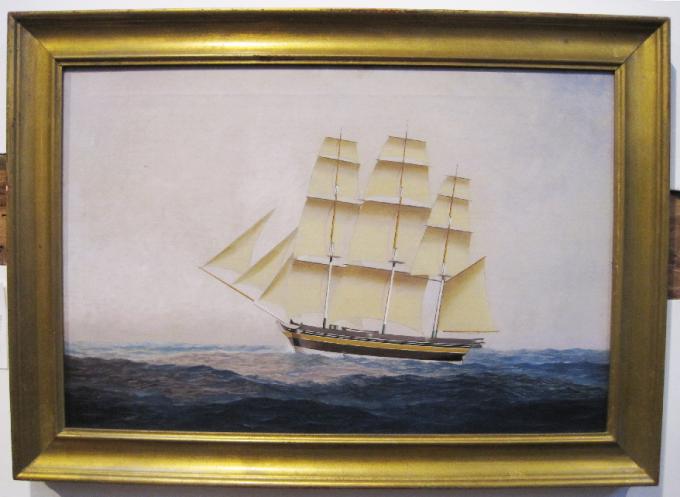