Nautical Painting of the "Mermaid" - Norton

Nautical painting of the clipper barque “Mermaid”, o/c, painted by William Norton, (1843-1916). The ship is identified by a nameplate near the stern and is flying the American flag. A seaman holding a spyglass is seated on the bowsprit. The painting is in very good condition, having been professionally conserved. It is framed in an excellent 19th century Louis XIV frame. Signed bottom right, “W.E. Norton, 1862”.

William Norton was a noted marine painter who studied at the Lowell Institute in Boston and with George Innis. He established a studio in Boston until the 1870's when he went to Paris to study and subsequently settled in London, where he exhibited throughout the last quarter of the 19th century. His reputation there was based on his scenes of the Thames River, and ocean and coastal views. . He returned to the United States in 1901 and resided in New York City until his death in 1916. Norton's paintings have been exhibited with with the Pennsylvania Academy, the Royal Academy in London, the Paris Salon, the 1893 Chicago Exposition, and the Art Institute of Chicago.

The Mermaid was built in Boston in 1851. She was one of the new clipper barques, built for speed and cargo capacity. She was owned by Edward Gassett & Co. of Dorchester, MA. 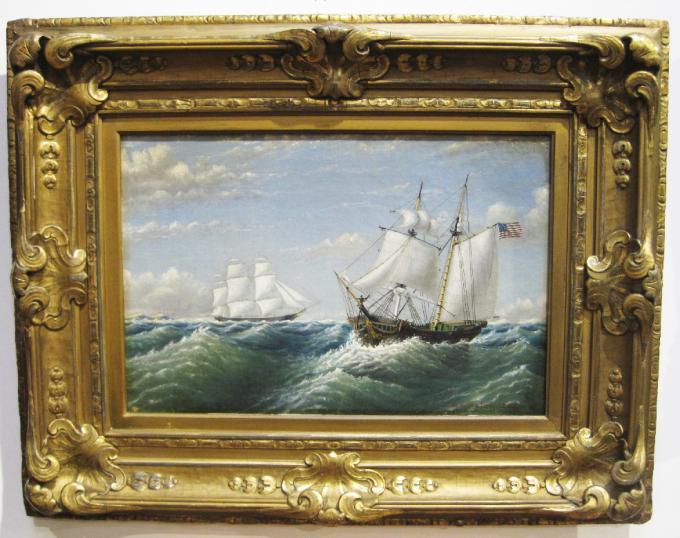