Large needlework embroidery on silk, labeled “Ann. Cuyler”. This beautiful needlework depicts figures, cattle, sheep, buildings and a windmill, using various stitch techniques including stumpwork. It is framed in an eglomise frame and is in very good condition, marred only by a small hole in the sky, some light staining and some paint flaking from the glass. Late 18th or early 19th century, New York.

“Ann” is believed to be an abbreviation for Annatje Cuylor, (1769-1815). She married Johannes Schuyler in the Albany, NY area in 1796. He died in 1843 and the embroidery is backed by an 1842 Albany newspaper, suggesting that he had it reframed shortly before his death. 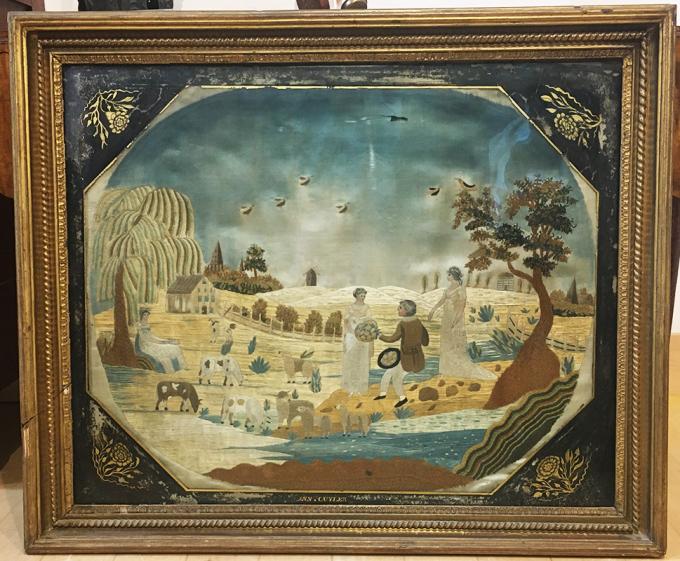