Large landscape painting, o/c, signed Champney. This impressive and well executed bucolic landscape depicts sheep and cows in the foreground and the White Mountains of New Hampshire in the background. It is signed, “Champney” in the lower right corner. The painting is in very good condition, having been professionally conserved and relined.  Second half of the 19th century, New Hampshire.

Benjamin Champney, (1817-1907), was known for his landscape, portrait, and still-life paintings. He was especially associated with scenes of the White Mountains of New Hampshire and described by one art historian as the "dean of the White Mountain painters". Champney founded the Boston Art Club and exhibited widely in Boston and New York. 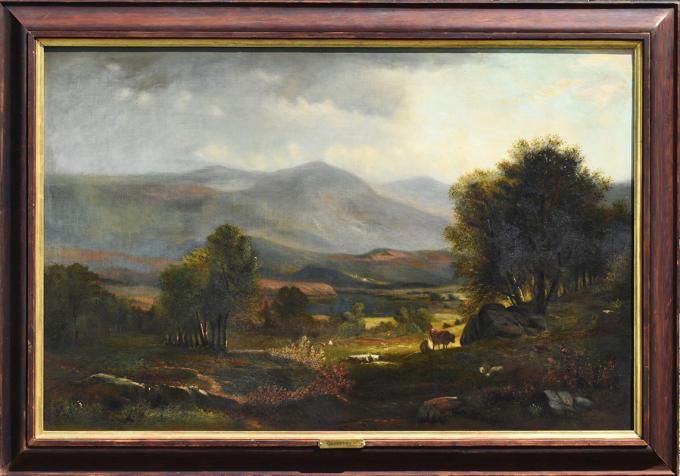